Why was I told to rub daisies on it?

I think it was one of my favourite aunties who told me to rub daisies on a bump or bruise, when out walking as a child. Mainly, the action of giving the area attention helped but later on I found out that daisies and arnica are from the same family, they can be down-trodden and will bounce back, apparently stronger than ever. 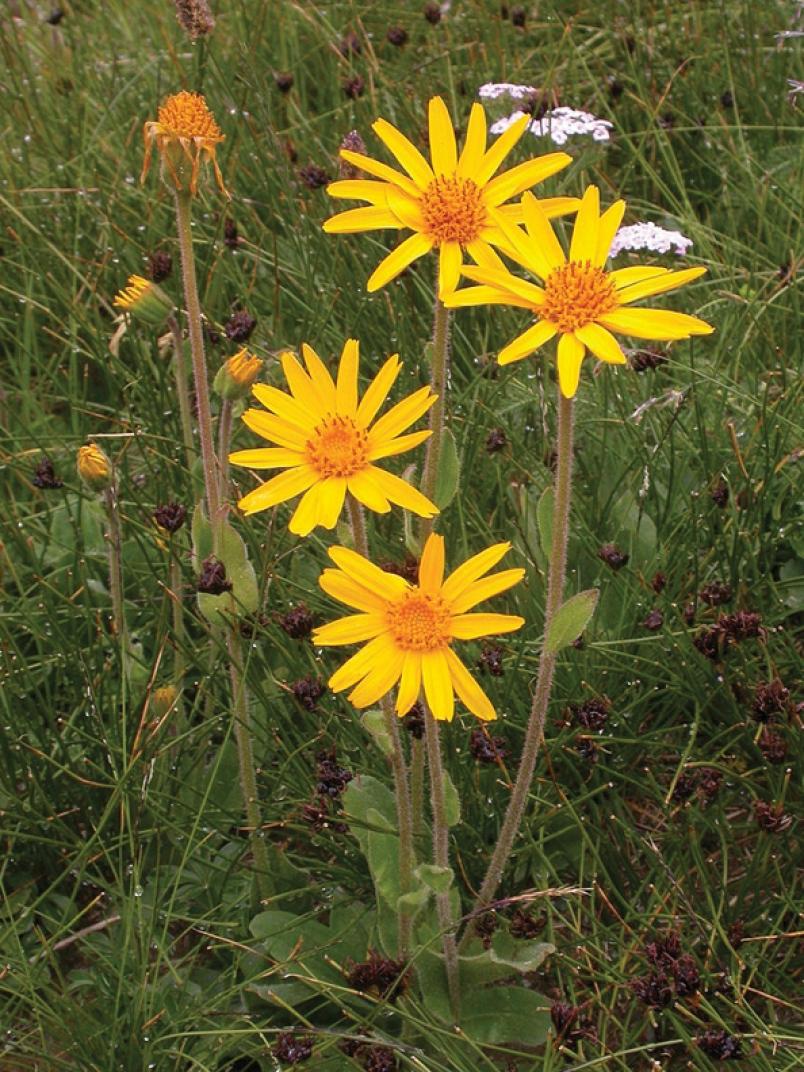 Arnica may be derived from the Greek word arni, "lamb", in reference to the plants' soft hairy leaves. The origin and significance of both the Latin and German names has not been explained to this day and is the subject of speculation.  The name ‘arnich’ is mentioned for the first time by Matthiolus in the 14th century. ‘Arnich’ may have come from the French, meaning to ‘protect oneself, forearm oneself’ (compare harnisch).

Perhaps this word is of Arabic origin as are many words beginning with ‘a’ or ‘al’.  It could also be a derivation of the Greek word, ptarmica, meaning ‘to bring on a sneeze’.  After all, the plant powder was formerly often used as snuff and was also smoked.  Not without good reason then that the plant is called mountain tobacco in English and in Spanish, tabaco de Montana, tobacco borde, flor de tabaco, estabaco or tabaco-dos-vosges.  The meaning of the epithet ‘montana’, adopted by Linnaeus is clear.  It relates to mons, the mountain and refers to its habitat.

The first written records on Arnica montana go back to the Middle Ages.  The earliest known illustrations of Arnica montana can be found in Matthiolus’s herbal book in the year 1558, albeit described as ‘alisma’.

The comment, ‘...called arnica by the Medici’ first appeared in 1625 in the version of Johann Jakob von Bergzabern’s herbal edited by Casper Bauhin. Bergzabern was personal physician to the Electoral Palatinate in the Rhine (Germany).  In this book, reference was made -  ‘It is used for those who have fallen down or have hurt themselves while at work.’

Arnica was at its most popular in the 18th century.  It was pointed out in this literature ‘...that care should be taken in the use of arnica, that the arnica remedy takes effect quickly in small doses (orally) and that great caution must always be taken in its use’.

Arnica montana, contains helenalin. Derived from a yellow mountain daisy that grows in Europe and is also known as leopard’s bane.

At FEG, we have an arnica range in a twist up stick. It also contains extracted hemp and other lovely oils, in seven aromas. Click here 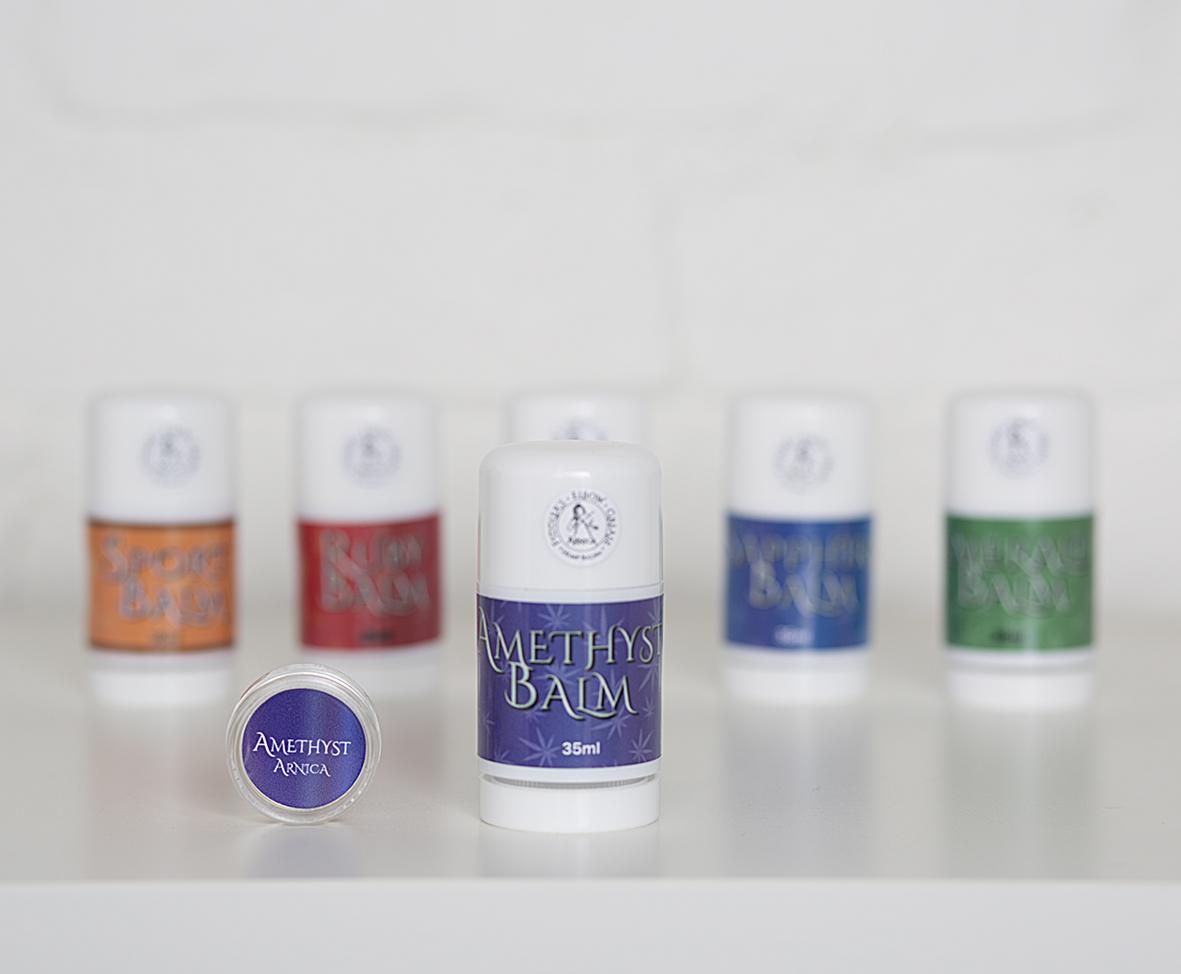