I never really got to know my paternal grandfather, Richie Phillips. He died when I was two years old. I have vague memories of him carrying me on his shoulders in the back garden, but the rest is held in photos. He was what is commonly known today as a 'bonesetter'.

Joint manipulation and the practice of treating fractures has roots in most countries and dates back to ancient times. The earliest known medical text, the Edwin Smith papyrus of 1552 BC, describes the Ancient Egyptian treatment of bone-related injuries. Early bonesetters would treat fractures with wooden splints wrapped in bandages or made a cast around the injury out of a plaster-like mixture.

In the 16th century, monks and nuns with some knowledge of medicine went on to become healers and bonesetters after the dissolution of monasteries in Britain. Many bonesetters were non-religious and the majority were self-taught. Their skills were then passed on from generation to generation, creating families of bonesetters.

With the advancement of modern medicine beginning in the 18th century, bonesetters began to be recognized for their efficiency in treatment but did not receive the praise or status that physicians did. Some of these self-taught healers were considered legitimate, while others were perceived as "quacks". Bonesetters treated both common people and Royal families would call for their assistance when the court physicians were unable to treat.

The Apothecaries Act 1815 in Great Britain called for surgeons to take courses similar to physicians. This allowed for some bonesetters to transit into the medical profession and encouraged interest in bone and joint surgery. This  resulted in surgical appliances and tools for bone-related injuries to be developed.

It wasn't talked about much in his day, but because there was no Health Service, his training was passed down to him. In fact, when the NHS came into being, the practice became illegal in an unregulated environment. 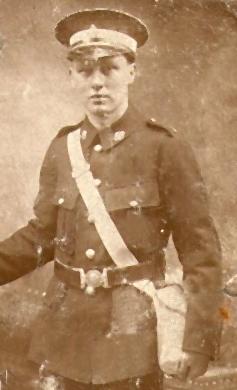 Richie was a miner. He trained with the St John's Ambulance for his first aid training and became a sergeant in the local brigade, with this he became his mine's first aider - and paid a little more. Hard working men could be brought to their knees by the gruelling work underground, so the work of the bonesetter was to manipulate their backs and limbs so that they could continue working. I remember my grandmother telling me how my grandfather used to help men with bad backs and shoulders. They would come to the house after work. This skill was passed from setter to setter. Eventually, the NHS employed bonesetters but gave them the more formal name of Osteopaths. They trained in medical surroundings and became regulated.

As with nearly all Welsh men, they either played rugby or support it. My grandfather was the 'physio' for the local team in Pontarddulais. One of the stories passed to me by my father is that one lad took a typically hard tackle and was left in agony with a dislocated shoulder. Richie took him off and relocated the shoulder. A little massage and the chap was back on the pitch for the second half!

Even my grandmother was a herbalist. Relying on old recipes for poultices. My uncle was treated to mustard poultice when he suffered pneumonia. Onion Soup with lashings of pepper was used to help fevers in our family.

I wish I could have known my grandfather as he would have been a great source of information. I know that he used olive oil and the heavy wintergreen embrocation, Algipan, but that's about it!

We've created Diamond Massage Oil. It contains Wintergreen (the memories of heady smelling rugby changing rooms before a match). You can get a sample here